Salmonella is a type of rod-shaped bacteria (or bacillus) belonging to the Enterobacteriaceae family – E.coli is another famous member of the same family. The name of the bacteria comes from an American veterinarian, Daniel E. Salmon, who was the first person to isolate and and identify a strain in pigs in 1884. It is one of the most well known causes of food-borne illness, more often referred to as ‘food poisoning’. Usually, an infection will just result in illness, but it can require hospitalization or even lead to death.

Salmonella is commonly found in the intestines of humans and animals. It can also be found on raw meats, poultry, eggs and in unpasteurized milk. Salmonella food poisoning (Salmonellosis) is the illness that can occur, if live Salmonella bacteria enter the body. The bacteria usually invades the gastrointestinal tract, where they attach themselves to the cells lining the intestines and start to produce toxins.

When two or more people get the same Salmonella based illness, from the same contaminated food or drink source, the event is called a food-borne disease outbreak.

How can I be exposed to a Salmonella infection?

Animals can become infected with the bacteria through direct contact with other animals, or by consuming contaminated feed or water. Sometimes through digesting grass, contact with wild birds and even rats.

Humans, in turn, acquire the bacteria mostly from contaminated foods such as beef products, poultry (esp. chicken), eggs and egg products. In the kitchen Salmonella is usually transferred from raw food to cooked food, through handling, as well as through contact with contaminated kitchen surfaces and equipment.

Salmonella infections generally begin with contaminated foods being ingested. Whilst the most common sources include beef, poultry and eggs, poorly prepared fruits, vegetables, dairy products and shellfish have also been implicated as sources of Salmonella. The most recent outbreak was related to frozen ground tuna.

The Centers for Disease Control and Prevention (CDC) maintain a list of active outbreaks should you have any immediate concerns.

What are the symptoms?

The typical symptoms of Salmonellosis food poisoning are generally gastrointestinal in nature and include diarrhoea, stomach cramps, vomiting, fever and even blood in the faeces.

Signs that a Salmonella infection is present will usually begin 6 to 48 hours after eating any contaminated food.

When to seek medical help

If any of the above symptoms are severe, then medical intervention is recommended, especially if the stomach pain or cramping is severe, if you find yourself unable to eat or drink as a result, or if you detect blood in your vomit or bowel movements.

People can carry and and transmit the bacteria, without ever showing symptoms themselves and can pass the organism in their faeces for up to a year. Anyone with an active Salmonella infection (food poisoning) can pass it on to others for several days, even up to several months. This usually occurs when hands are not adequately washed after toilet use.

The very young, the very old and  anyone already weakened by other serious disease would be most at risk.

What is the treatment?

At the earliest sign of any symptoms, it is recommended that you visit your doctor. You will probably be asked food products you have eaten i the last 24 hours and may be asked to provide a stool sample. It is recommended that you drink plenty of liquids in the first instance, in order to prevent dehydration and before antibiotics are prescribed.  Generally speaking, a course of antibiotics is usually only given to those who become very ill with severe diarrhoea, an elevated fever or any signs of a systemic illness.

According to the CDC, there are four quick steps that can help keep people safe from food poisoning at home: 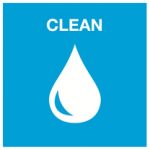 Wash your hands thoroughly after handling food or using the toilet. Keep preparation surfaces clean and rinse fresh fruits and vegetables under running water before eating. 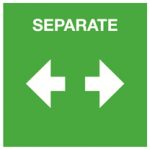 Use separate cutting boards for different food types in order to to prevent cross-contamination. Placing foods that are more prone to carry Salmonella bacteria, like raw meat, poultry and seafood, into separate drawers or spaces in your refrigerator can also help.

Always cook food to the correct, recommended temperature and use a food thermometer to check that the internal temperature is high enough to kill germs.

Warmer weather and unrefrigerated foods create ideal conditions for Salmonella to grow. Be sure to refrigerate or freeze perishables (foods likely to spoil or go bad quickly), prepared foods and leftovers within 2 hours (or 1 hour if the temperature outside is warm). Ensure that your refrigerator temperature is below 40°F (4.5°C) – use a refrigerator thermometer if necessary to check.

Salmonella is notorious for its ability to survive desiccation and can persist for years in dry environments and foods.

The bacteria are not destroyed by freezing, but exposing them to ultra-violet light and heat will lead to their destruction. Salmonella will perish after being heated to 131°F (55°C) for 90 min, or to 140°F (60°C) for 12 min.

To protect against Salmonella infection, is is recommended that food be heated to an internal temperature of 167°F (75°C) for at least 10 minutes.